Women in the Workforce: 1970s - A Decade of Change

Women in the Workforce: 1970s - A Decade of Change

The economic downturn of the 1970s pushed more women into the workforce, which impacted labor laws, education, and the family structure.

The mid-70s marked an end to the women’s liberation movement. Fear and resentment of the liberated woman became more prevalent. This was understandable as the traditional homemaker had always been celebrated in American society, and now the world seemed to be saying that being a housewife was not enough. Women became divided, and many questioned whether women’s liberation was a good thing.

And the economy began to decline. Unemployment rose, and inflation hit 13.3%. Gas shortages persisted, and many of you remember the long lines at the gas stations. Young people who had grown up with high expectations of economic security quickly realized that they might not be able to match the same standards of living as their parents.

The economic downturn pushed more wives to work. By the end of the 1970s, for the first time ever, more than half of women had jobs outside of the home. They were paid approximately 60% less than men, but they were able to quickly find employment. Jobs in health care and service industries were growing, while factory and unionized jobs were moving overseas. According to Gail Collins, the median income of young families under 30 fell 27% between 1973 and 1986. While polls showed that, in general, people believed in equality for women, there was also agreement that it was more important for women to focus on helping their husband’s career succeed instead of pursuing their own.

More Career Opportunities. Although a backlash formed against the women’s liberation movement, there were significant changes. Women entering college in the 70s considered their career path, not what man they wanted. The median age of marriage rose dramatically, particularly for those who had a college degree. And most importantly, for women in the workplace, when they walked into meetings or offices, they would see other women like themselves.

Popular culture showed these changes as well. Two popular television shows in the 70s highlighted working women and the inequalities they experienced. Alice featured a single mother supporting herself and her son by working in a diner with a chauvinistic boss. The Mary Tyler Moore Show was one of the most loved shows of all time and featured a single woman in her 30s working for a TV station. Both shows highlighted different aspects of the trials of women at work, including episodes on pay inequality. Even fashion in the workplace had been liberated. Pantyhose and slips replaced wires, garters, and girdles. Pants and pantsuits were in fashion, and flats were an option instead of high heels. Makeup could be minimal, nails short, and hair could be natural. The language was beginning to change as well in the 70s. In business, women began using the prefix, Ms., instead of prefixes, which are tied to marital status. However, it is worth noting that The New York Times did not adopt the use of Ms. until 1986.

Doors for women had finally opened for good. By the end of the 1970s, a quarter of medical school students were female and a third of law school students (up from 10% in 1970). During the decade, women also were accepted to skilled trade unions where the pay was often three times what they would receive in a nonunion job.

Greater Legal Recognition. Women gained greater legal recognition in this decade. In 1977, the judicial system first recognized sexual harassment in the workplace, although it was not defined by the EEOC until 1980. The Pregnancy Discrimination Act was enacted in 1978, making it illegal to discriminate against pregnant women in employment. And the flight attendants who had suffered great discrimination and objectification from the airlines finally won a victory in 1973 when a court ruled against appearance rules and other restrictions which were not specifically tied to safety.

Changes in the Family Structure. Families continued to change. In 1960, 62% of American homes had a father who was the breadwinner, a stay-at-home mom, and one or more children. By the mid-1980s, only 10% of households resembled that. People were staying single longer and deferring marriage for work. The birthrate declined overall, and more mothers worked than in the past due to economic necessity. Housing costs tripled in the 1970s and 1980s and were out of reach for most families without two incomes.

Divorce rates continued to skyrocket, and by 1980, it was three times as high as rates in 1962. Public opinion of divorce changed, and there was no longer a sense of shame. States also liberalized divorce laws, and all but three states had “no-fault” divorces by 1980. Although the new laws made divorce easier, they hurt many women and displaced many homemakers. The new laws abandoned most alimony requirements and decreased child support. On the face, this seemed fair. However, it primarily hurt women who had been home with children and not had the opportunities to grow wealth. Even Betty Friedan regretted this, stating, “At that time, we were so concerned with the principle – that equality of right and opportunity had to mean equality of responsibility…that we did not realize the trap that we were falling into.” 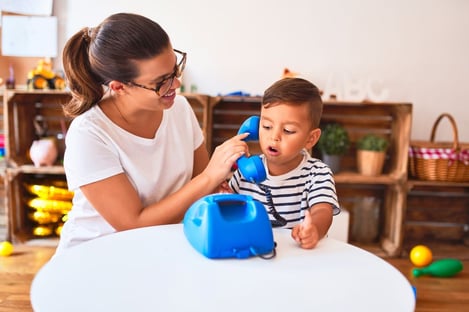 Families were changing, but this had happened in other centuries. The difference was that now families were more isolated and autonomous than in the past. When stay-at-home moms had to go to work, the extended family and community network were not there to take her place. Most women could not afford childcare and tried to patch together solutions to work. Women who could afford childcare sent little ones to preschools or hired help.

Today, the United States is an outlier among developed countries by offering little to no support for childcare. However, in the early 1970s, this almost changed. Around the same time the ERA passed, the Comprehensive Child Development Act of 1971 was introduced as a bi-partisan solution. It provided federal funds for childcare, after-school care, dental, medical, and counseling. Anyone was eligible, and there was a sliding pay scale to obtain the services based on income. There was little controversy, and it was supported by groups ranging from the PTA, the Baptist Church, Catholic Ministries, and the League of Women Voters. It was a rare moment when both parties worked together for a basic principle they all believed in. It passed the Senate quickly and won by a narrow margin in the House.

However, by the time it got to Nixon’s desk for a signature, he vetoed it and denounced it as radical and socialist. Interestingly, legislators had been working with Nixon’s administration the entire time, and it was known that Nixon had written both a signing and a veto message. Some believe that he vetoed it right before his trip to China to show the right-wing of his party that he would not lean into communist ways. After Ford became President, the bill was resurrected as the Child and Family Services Bill but was eventually withdrawn as the economy worsened.

Although there have been programs established to help low-income families, there has never again been presented a national solution for childcare. With an economy that depends on women to work, this has been a critical problem that has not been addressed in America.

This is Part 11  of a 14-part series, Women in the Workforce: We Can Do It!, which explores topics related to the history, challenges, and accomplishments of working women in America. Topics to date include: 01_Women in the Workforce: We Can Do It!, 02_The War Opens the Doors for Working Women, 03_Rise of Jobs, Rise of Inequality,  04_Working Women and The Great Depression, 05 The Rise of Female Empowerment, 06_Stay Home or Be Paid Less  07_A Woman's Place, 08_The Myth of the Ideal Woman, 09_Is This All? and 10_Women’s Lib Movement and the Fight for Equal Rights 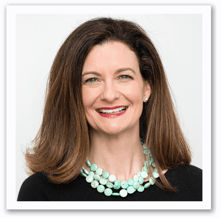 From the EEOC, Family Leave Act, and fight for equal pay, the 1990s was a decade of ... END_OF_DOCUMENT_TOKEN_TO_BE_REPLACED 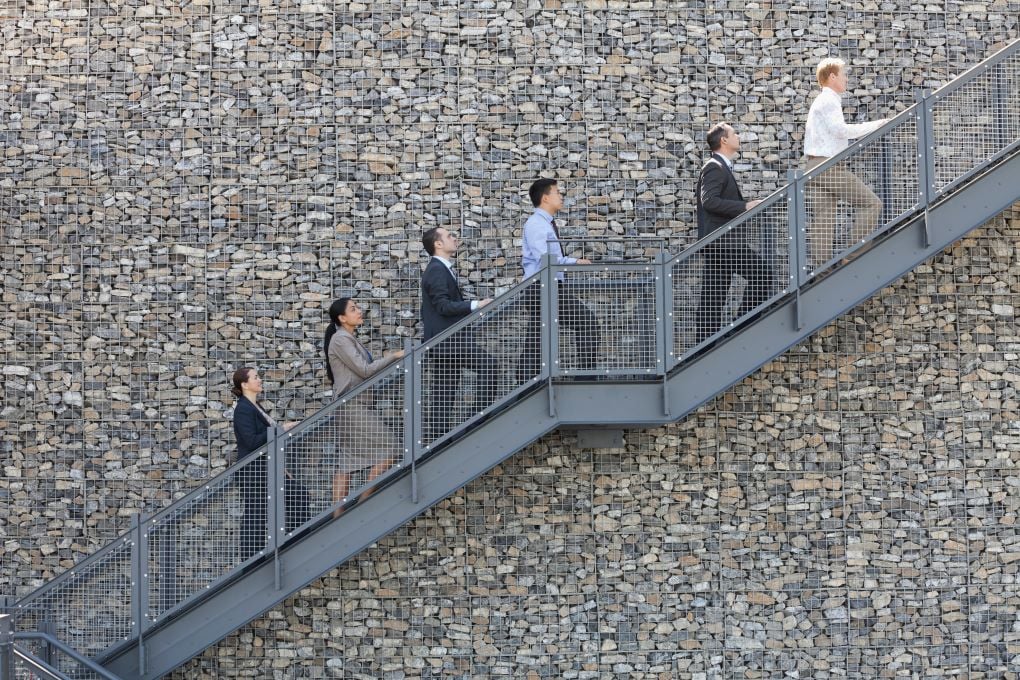 In the competition for customer dollars and loyalty, delivering a winning customer ... END_OF_DOCUMENT_TOKEN_TO_BE_REPLACED

When you are in the middle of running a business, it’s tough to step back and see the big ... END_OF_DOCUMENT_TOKEN_TO_BE_REPLACED 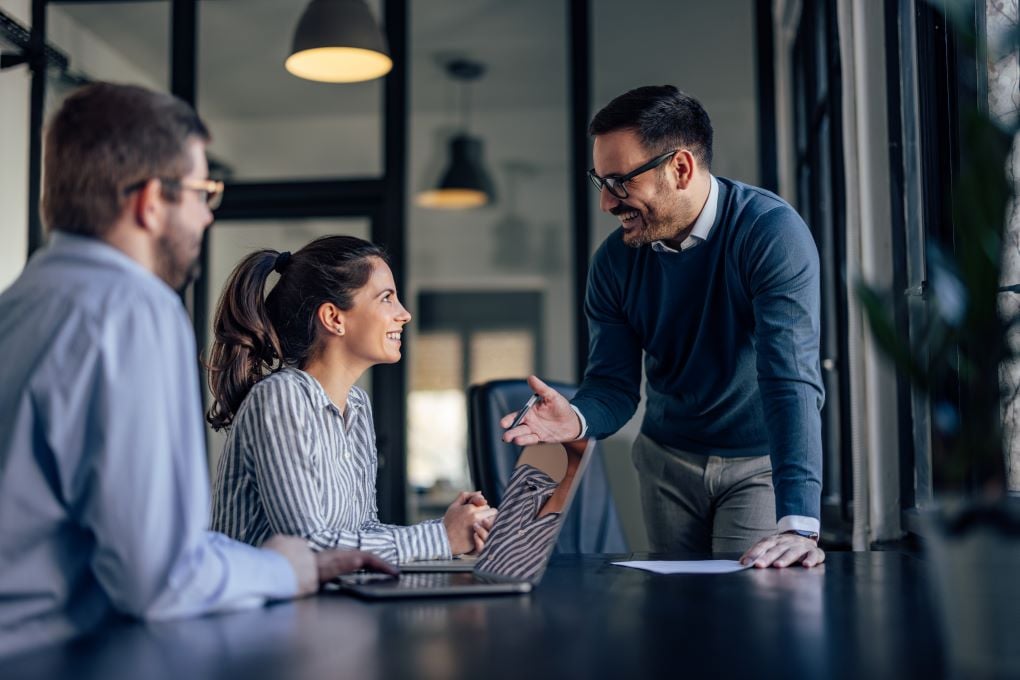