Women in the Workforce Part 8: The Myth of the Ideal Woman

Women in the Workforce Part 8: The Myth of the Ideal Woman

The 1960s began just as the 1950s ended. Women were still considered the weaker sex, and society reinforced this ideal.

The 1950s was the end of an era, and our nation was on the verge of a precipice. The myth of the ideal woman was prominent in the 1950s, and the M.R.S. was the most sought-after degree in college. It was a unique time economically, with opportunities for young couples to buy houses and raise their children on one salary. Marriage rates were high, and birth rates had increased. More than 95% of women who came of age in the 1950s married, more than at any other time.

➡️➡️Read More_Women In the Workforce: 05 The Rise of Female Empowerment

At the same time, the number of women completing higher education decreased. More women were dropping out early to marry, and degrees were forgotten to begin a family. As the 1950s ended, the country was in a prosperous place but on the verge of a coming change.

It is important to note that the changing trends this blog series addresses primarily impacted white, middle-class women. Women of color and women in poverty have had very different experiences. I highlight choices that women have made as well as movements and political actions that women have inspired. I recognize the privilege that one has in the ability to choose careers or family. I also recognize the privilege of political action. When one is just trying to survive and feed their family, they are unlikely to start a feminist movement. 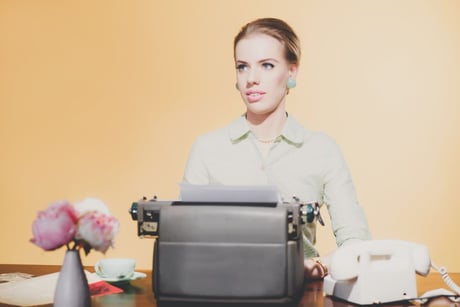 Jobs Defined by Gender. The 1960s began just as the ‘50s ended. Women were still considered the weaker sex, and society reinforced this ideal. Help wanted ads had specific female sections advertising “pink collar” jobs, such as clerical, nursing, teaching, and housekeeping. The few women who became professionals were defined by their gender, such as a “female physician” or a “lady lawyer.” Employers had different salaries for women as a policy. The assumption was still that women who worked were either single and living with parents or married and just wanted some “pin” money. The reality was that by 1960, there were as many women working as at the peak of World War II, and the majority were married. Thirty percent of American wives were working, including 40% with young children.

➡️➡️Read More:  Women in the Workforce: 06_Stay Home or Be Paid Less

The Myth of the Ideal Woman Persisted. Yet, the ideal was still to stay at home and allow the husband to be the breadwinner. There was a sense of glory in that version of life and a message that continued to be shared with young girls. Author Gail Collins recounts a story in her book, When Everything Changed: The Amazing Journey of American Women from 1960 to the Present, about an auditorium of working-class high school students. The girls were asked if they expected to have a home and a family, and all the girls raised their hands. Then they were asked how many expected to work, and only a few raised their hands. The last question was how many of their mothers worked, and again, all of the girls raised their hands.

The myth of the stay-at-home wife persisted whether it was attainable or not. Television and media contributed to the myth. In 1950, only 9% of U.S. households had a television, while in 1960, 90% had one. The women that were seen on the shows and commercials were mainly in the kitchen, and the message to girls was to let boys win. Cowboy shows were very popular in the early ‘60s, and the role of women was primarily to be kidnapped or caught in a natural disaster so that the true heroes could come to the rescue.

Limited Options for Unmarried College Graduates. Women who graduated from college without a ring on their fingers were candidates for short-term jobs as opposed to careers. 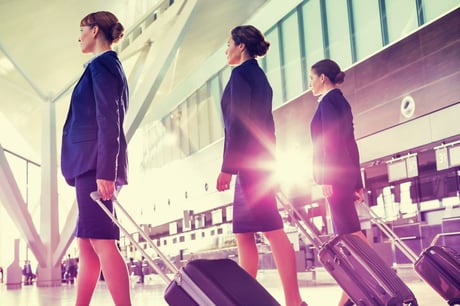 A flight attendant was a perfect path for many young women as they could have an adventure by being a hostess in the air. Women were prohibited from being pilots, and many flights were considered “executive flights,” which barred female passengers as well.

The airlines looked to hire attractive, single women to serve drinks and meals to their male passengers. Salaries were low, and flight attendants were subjected to regular weigh-ins and measurements. African American women were not welcome in the sky, with one airline requiring that hands must be “soft and white.” The average tenure of most flight attendants was 18 months because of the rule that required women to quit if married. Supervisors even read the newspaper announcements to ensure that no one broke this rule.

Few Women Entered the Professional World. In 1960, 6% of doctors were women, 3% lawyers, and less than 1% engineers. They were mainly in the low-profile specialties such as pediatricians, real estate law, and journalists writing for the women’s page. It was perfectly legal to discriminate on the basis of sex. If women did get a job in a more male-dominated space, there was very little chance of promotion. Conventional wisdom held that women preferred to be in supportive roles for men.

In the 1960s, Harvard Business Review produced a report on women in management and concluded that “there is scarcely anything to study” since there were so few women in that role. For the women who did succeed in entering the professional world, it was very difficult. Business was often conducted in men’s clubs, gyms, and lounges, and women were not welcome.

➡️➡️Read More:  07_Women in the Workforce: A Woman's Place 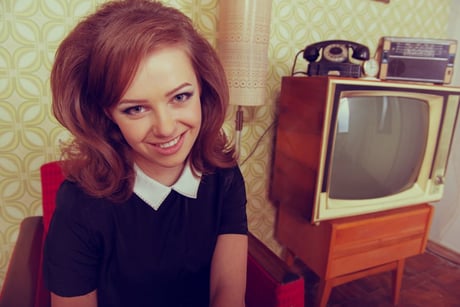 Financially, Women Had Zero Power. All credit was in the husband’s name. Loans were based on the husband’s wages, even if the wife worked as well. If the wife was under 28,her salary was not relevant in calculating a loan because it was assumed she would soon be pregnant. Banks would consider half of her income if she was in her 30s and her full salary if she was over 40 or could prove that she had been sterilized.

Divorced women had an extremely difficult time and had to get their fathers or ex-husbands to co-sign loans. It was widely believed that if a woman could not keep her marriage together, how could she pay her bills properly.

While this all sounds terrifying to us in 2022, very few people in 1960 questioned it. Collins recounts a story of Nora Ephron applying for a job at Newsweek after college. When told that women don’t become writers here, Ephron said it never crossed her mind to say, “how dare you.” This was just an example of social tradition. In fact, George Gallup found that only 19% of married women and 29% of single women recognized that there was sex discrimination in the workplace. 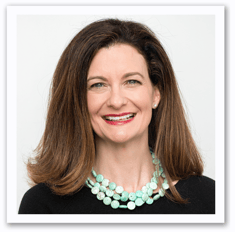 Women in the Workforce Part 9: Is This All?

Is this all? Well-educated middle-class suburban women in the early 1960s begin to push ... END_OF_DOCUMENT_TOKEN_TO_BE_REPLACED 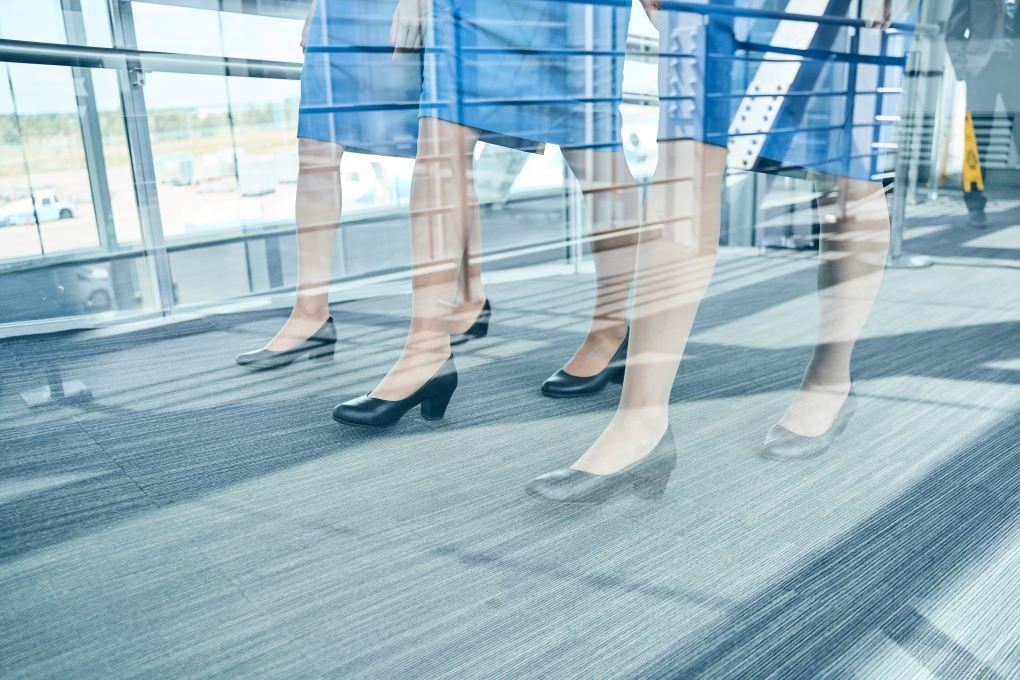 Do you provide health insurance for your employees? If so, you should be familiar with ... END_OF_DOCUMENT_TOKEN_TO_BE_REPLACED

How the Dobbs Decision Impacts Employers

While the impact of the Dobbs decision continues to evolve, there are important areas ... END_OF_DOCUMENT_TOKEN_TO_BE_REPLACED 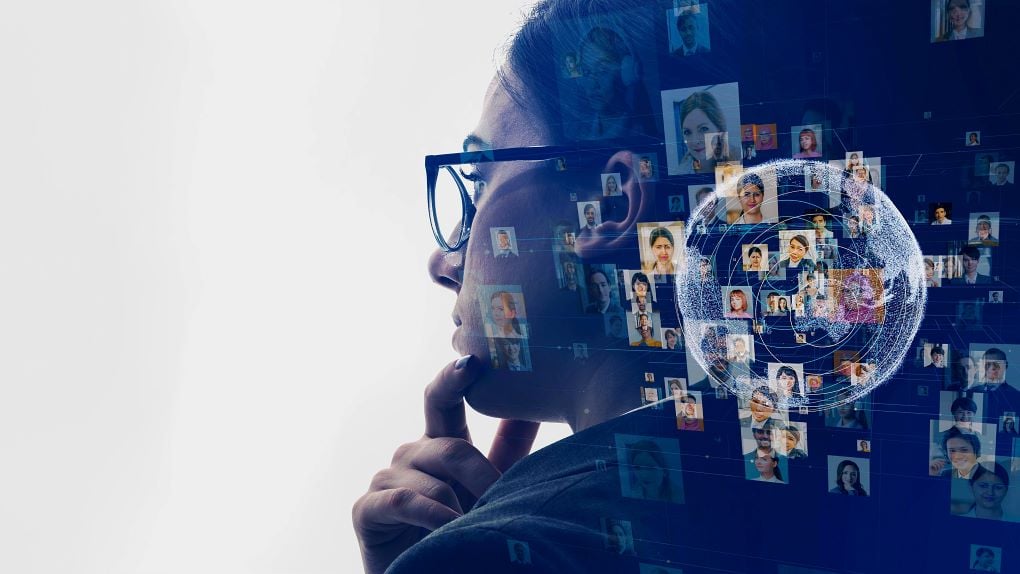