During the Great Depression, millions of Americans lost their jobs, and the average family income dropped by 40%. Interestingly, the employment rates of women increased. Between 1930 and 1940, the number of women in the workforce in the United States rose 24%, from 10.3 million to 13 million. The jobs that were traditionally viewed as “women’s work” were far less impacted by the stock market. Although women were still paid less than men, the jobs more readily available to women were more stable. As the male breadwinners of the family lost jobs, women had a greater sense of urgency to find work. Between 1929 and 1939, there was also a 22 percent decline in marriage rates which meant more women had to support themselves.

The New Deal. Franklin Delano Roosevelt took office during the worst economic crisis in U.S. history and immediately worked to secure the country. FDR implemented The New Deal, which included programs, work projects, and policies. Influenced by the strength of his mother and wife, Roosevelt had a great appreciation for the abilities of women and saw them as his peers. He named 22 women to senior groundbreaking appointment of Frances Perkins as the Secretary of Labor. Perkins was the first female to hold a cabinet position in the U.S. Under her leadership, a minimum wage was enacted, a maximum workweek was established, child labor was outlawed, the social security system was implemented, and unemployment insurance was made available. Interestingly, when she was named Secretary of Labor, Perkin’s husband was suffering from extreme mental illness, and she was her family’s sole financial support. 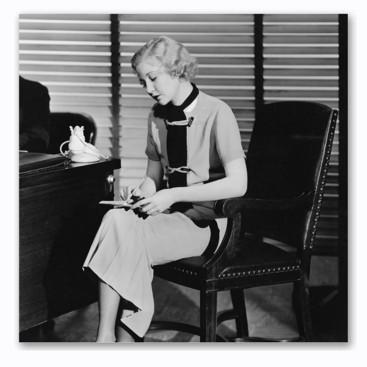 Many New Deal programs helped women, including widows, the unemployed, and the aged, but there was still inequality. There was still the common perception that women’s work was not as important, and in fact, during the Depression, some viewed women as part of the problem, taking jobs that might have gone to unemployed men. A 1936 poll asked if a family needed the money, should a woman be able to keep a full-time job, and amazingly only 35% said yes. To put that another way, 65% felt that a woman should NOT be able to keep her job even if her family was in need.

Work Opportunities exclude Married Women. It was socially acceptable for single women to work, but during the Depression, married women were urged to leave the workforce. Ironically, even Secretary of Labor Francis Perkins advocated against married women competing for jobs with men. Perkins stated, “The woman ‘pin-money worker’ who competes with the necessity worker is a menace to society, a selfish, shortsighted creature, who ought to be ashamed of herself.” 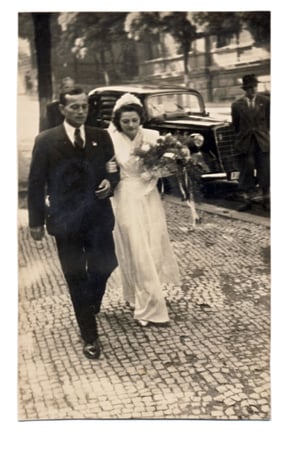 The 1930s saw a spike in laws that discriminated against married women. The 1933 Federal Economy Act even ruled that if a married couple was employed by the federal government, then one spouse must resign. The rule did not specify the woman, but it was understood that the wife was expected to resign. To ensure that couples did not try to cheat this rule, women were required to take their husband’s name when married. Eleanor Roosevelt spoke out against this law, arguing that government salaries were so low that a family needed two incomes to get by.

Twenty-six states introduced laws banning the hiring of married women, but Louisiana was the only state to pass it. Thankfully, it was quickly declared unconstitutional. Other prohibitions discriminated against married women, including more than three-quarters of the nation’s public-school districts refusing to hire married teachers unless they were male.

Inequality in Wages and Conditions. The Civil Conservation Corps, or the CCC, was one of Roosevelt’s most successful New Deal programs providing millions of men with work on environmental projects. It originally excluded women until Eleanor Roosevelt and her peers protested this practice. Eleanor said that “as a group, women have been neglected in comparison with others and throughout the depression have had the hardest time of all.”

Through her persistence, a female version of the CCC was established in 1933 and was mockingly called the “She-She-She camps.” However, when women could participate, the wages and conditions were not equal, nor was the impact. More than 2.5 million men were a part of the CCC, while there were only spots available for 8,500 women. Men spent a minimum of six months working on national park projects and received $30 per month plus room and board. Women had to apply and prove that they were single and destitute. At the camps, they could stay only four weeks while they focused on education, vocational training, and leisure. They received only $5 per month plus room and board. There were many critics of this program as people felt that women should be at home and the government should not focus on helping women. Some even said the camps promoted communism. Funding for the female camps ended in 1937, but at its peak, there were 28 camps in 26 states, including specific camps for African American women and Native American women.

The Works Progress Administration. The Works Progress Administration or WPA had a greater impact on women. Sewing centers were established, and more than 200,000 unskilled women were hired to make clothes and blankets for the needy. The WPA also helped educated women by employing them as teachers, librarians, and researchers. Female artists were employed to establish art programs, teach music lessons, and write WPA travel guides. 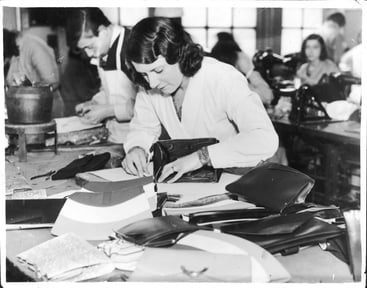 Former Mississippi legislator, Ellen Woodward, managed the Women’s and Professional Projects of the WPA, which helped employ approximately 450,000 women. Many people were against government-funded jobs or relief for women stating that women should stay home and not steal jobs from men. Yet, as a widow and single mother, Woodward knew the importance of the programs she promoted. As she eloquently stated, “every time a woman is removed from the humiliation of a breadline, and given work to do, a home somewhere becomes more secure.” The WPA launched many successful programs, but not all women were eligible. Only one member of a household could qualify, and women had to prove themselves as the head of the household. If the husband was physically able to work, then he was considered the head of the household regardless of his ability to find a job.

Whether married or single, with children or not, working part-time, full-time, or even two jobs, as a stay-at-home mom or a community volunteer, American women can do it! Throughout history, American women always have. And I am so proud we do! Over the next few months, I will explore how topics about women in the workforce from the early 1900s until the present. Also, I want to note the changing trends of women in the workforce that this series contemplates will focus on white, middle-class women. Women of color have had very different experiences, and their work lives have been defined by racism, sexism, and financial necessity. I have pointed this out, when possible, but please keep in mind that this series is not a complete picture of all women.

Please check back to read the next blog in the series, Women in the Workforce: We Can Do It! as we explore The Rise of Female Empowerment. 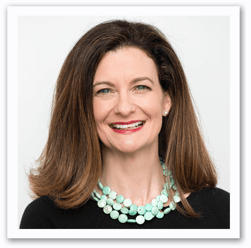 Quiet quitting. It’s a movement that’s been trending for the past two years . Gaining ... END_OF_DOCUMENT_TOKEN_TO_BE_REPLACED 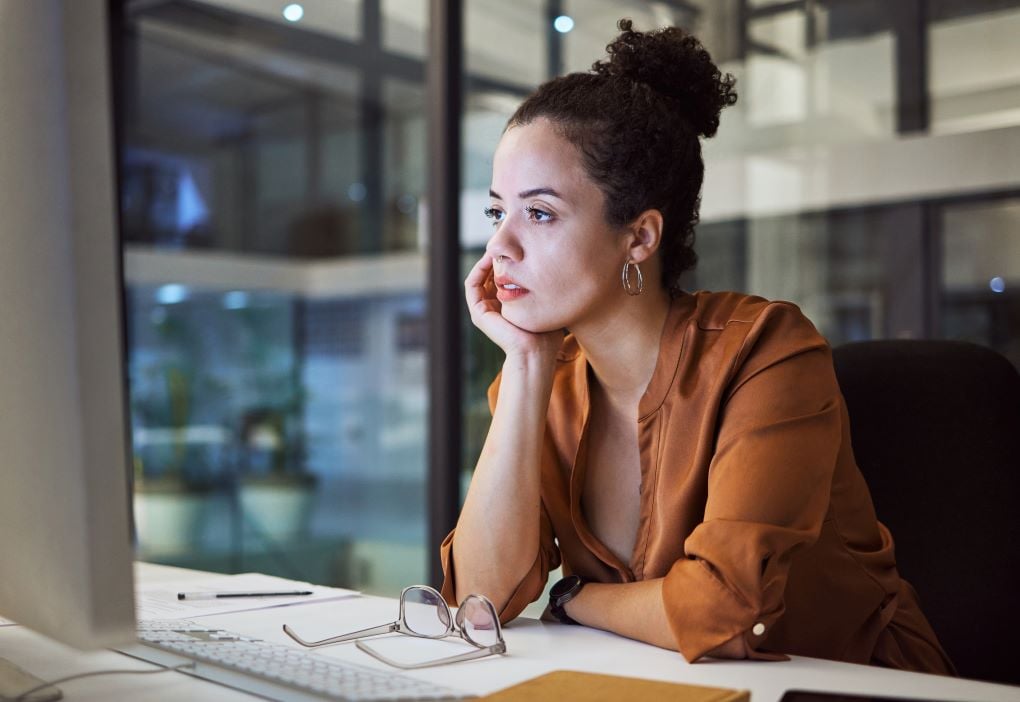 The stress of the pandemic caused many women to reevaluate their working status. Here are ... END_OF_DOCUMENT_TOKEN_TO_BE_REPLACED 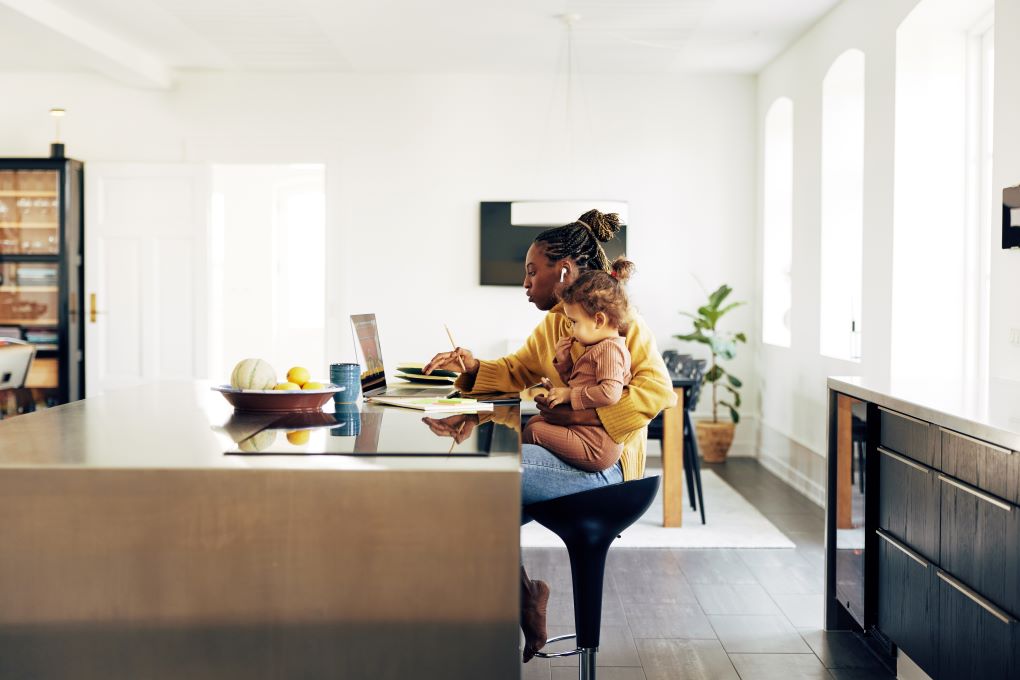 New and emerging trends continue to reshape the workplace and impact the role of Human ... END_OF_DOCUMENT_TOKEN_TO_BE_REPLACED 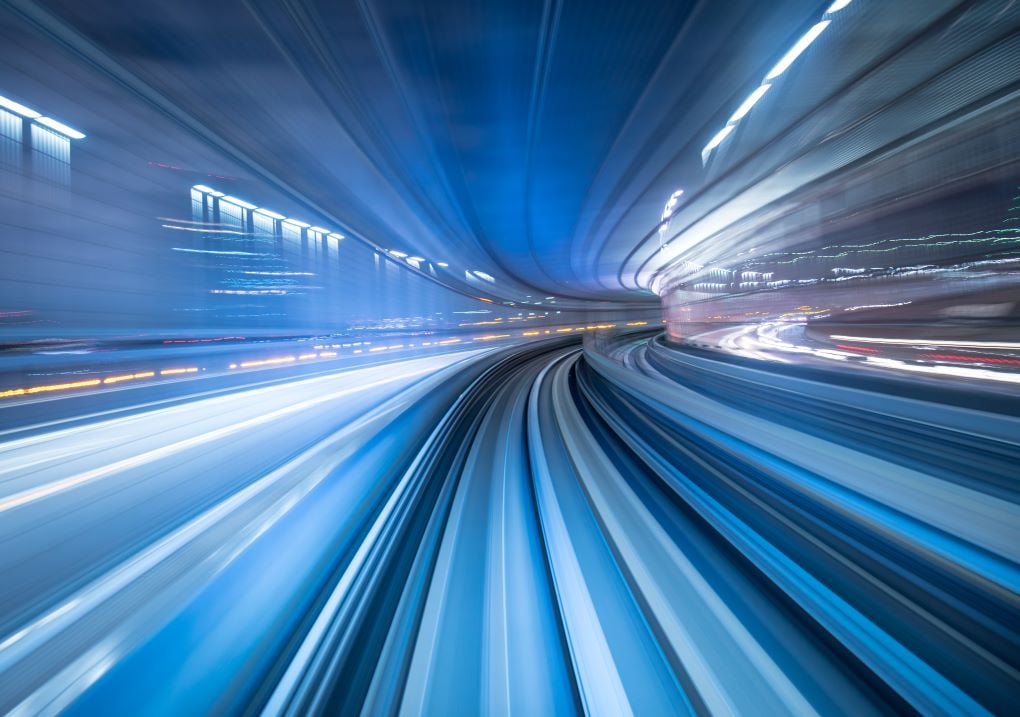